Way back in my childhood I studied about the industrial revolutions in primary school. Given the word revolution, I imagined people running up and down the streets protesting for the invention of the steam locomotive. As it later turned out, it wasn’t the case. As you become more curious, sophisticated and more open to the world, you realize “industrial” revolution is still happening today.

The first classical revolution lasted from 1769 to 1850. Seeing the intense level of development nowadays, that revolution could be only compared to some small-town parade. The peak of this era must have been the invention of the steam engine and the emergence of mechanized transportation.

The second industrial revolution started at the end of the 19thcentury and lasted until the first half of the 20th century. After that, the entire world started to speed up insanely. Flying, cars and the bank sector are all results of this era. In 1970 started the third industrial revolution, spiced by a “little” Cold War, which made technology reach the high sky. Literally.

With that, we have arrived into the digital revolution that is happening today.

I was born in 1975. I still remember my father being so proud of the record player which could play a videotape or when my grandmother and I went to buy our first Color Star television. For the record, we were the first family to have it on our floor in the tower block. When I had to meet up someone, we met under the clock of Blaha Lujza square. Everyone knew what we meant. We weren’t in a hurry and we were less stressed for sure. Then everything changed. I bought an Ericsson 198 mobile phone. In that very moment the world has shrunk, and ever since I don’t have time for anything.

6 years later I sent my first email. The truth is that nowadays existing information quintuples every year. We may remember those times, when 10 years ago even the coolest pen drive had only 512 MB storage. Today, this number can hit 4000 GB.

Development reaches such an extreme level that is hard to even imagine. To make it more processable, let’s imagine a fully written A4 page. Its electronic size is approximately 3,6 KB, so a 4000 GB pen drive can store 1 198 372 372 pages of such a document. Not bad, considering the fact that a few years ago it didn’t even exist.

The situation is similar in the economical and industrial fields. Drones deliver packages and self-driving tractors plough the fields with the help of satellites.

If development is taking over so many fields, then what is going on in finance? Where did physical stocks, cooperative shares and bills of exchange all go? I will tell you a little secret: they got consumed by the digital world. Money itself will probably last for another few years, however cash is continuously disappearing. Bigger part of present currencies is stored on accounts.

After Shakira, we all know that hips don’t lie and neither do numbers. And now numbers suggest that only 17% of transactions will involve cash by 2022. Therefore, companies, developers and the whole population must react to that.

As a fintech company, our aim is to bring back tradition and value into the digital world. We have developed a blockchain-based accounting system and created a valuable digital asset, BlockNote.

In our country, the golden era of the financial sector came after the Austro-Hungarian Compromise of 1867. Enormous constructions, the Grand Boulevard was built, Budapest, as we know today, was born and the Hungarian National Bank was established in 1924. This time Europe followed the Hungarian example. We had the first state audit office and the Hungarian korona (currency at the time)  was quite strong. It’s not a big surprise. Back then in history, there were 6.09756 grams of gold behind every 20 koronas. Expressing it in monetary terms, it would mean that today, the value of 100 koronas would be 436 982 HUF (approximately 1333 euros).   Perhaps, in another article I will discuss the reasons why there is no physical gold behind currencies today. This time I only want to highlight the advantages of BlockNote.

I gave the title Money’s future, future’s money to this article. But let’s discuss it a little bit further. Let’s start with the question of money’s future. What will happen to money? Well, the process has already started, only its rapidity is unpredictable. For sure, cash won’t be present for long, it will be all digitalized. We will only see it on apps, cards or on the screens of our computers. However, I think the more urging question is the following: what will future’s money be like?

Answering this question would require so much background knowledge that a simple blog article could not bear. For this reason, I will only highlight a few things. The stability of current currencies is related to the economic performance and purchasing power of a given country, thus people trust them. That’s fine, if everything is going right, people have a reason to trust. But what happens, when trust is gone, like in Venezuela, former Yugoslavia or even in Hungary during the pengő (Hungary’s currency between korona and forint) system? Well, then Houston will have a problem for sure.

Here, I must unfold my response in two directions. What happens if the current political or monetary system fails? We must find an intermediary asset, that is known and accepted by people. We truly believe that forwarding authentic information can be independent of any banks or governments. We “only” need a blockchain system (yes, the word only is strictly ironical). We can only use Bitcoin as a positive example here, and only here. People added value to Bitcoin, and this value is still being accepted. However, we must not forget the fact that governments have the exclusive right to maintain a monetary system. Of course, governments exercise their right to do so and make legislations to support the system. Most existing cryptos (not all) and their supporting systems are not regulated properly. I think anonymity in the digital era is only an illusion. These illusions are spread by professionals to drag down people without background knowledge.

The other half of my response is that the intermediary asset only can be some of the precious metals. At this point, it almost does not matter whether we are talking about gold, silver or even platinum. Nonetheless, a very important circumstance appears from the legislative side: pure gold is VAT-free. This fact makes life easy. Gold is the intermediary asset that is known and accepted by everyone.

To sum up my personal opinion, the currency of the future will be an independent digitalized currency, running on a well-authenticated system and supported by the government’s legal framework.  And last but not least, it will be a hundred percent gold-backed.

This is what we believe in.

This is what we have created.

Rapid company growth has its challenges. Knowledge transfer, efficient management and setting clear priorities are all essential for success. Read about the issues we faced at BlockBen in 2019 and how our CEO, Viktor Bodnar handled them!

Private and public keys play an important role in every end user’s life. BlockBen now investigates the topic in a user-friendly way for better understanding. Are we really heading in the direction of a password-free world? 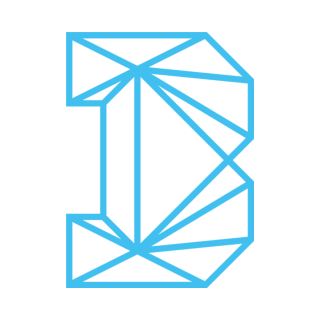